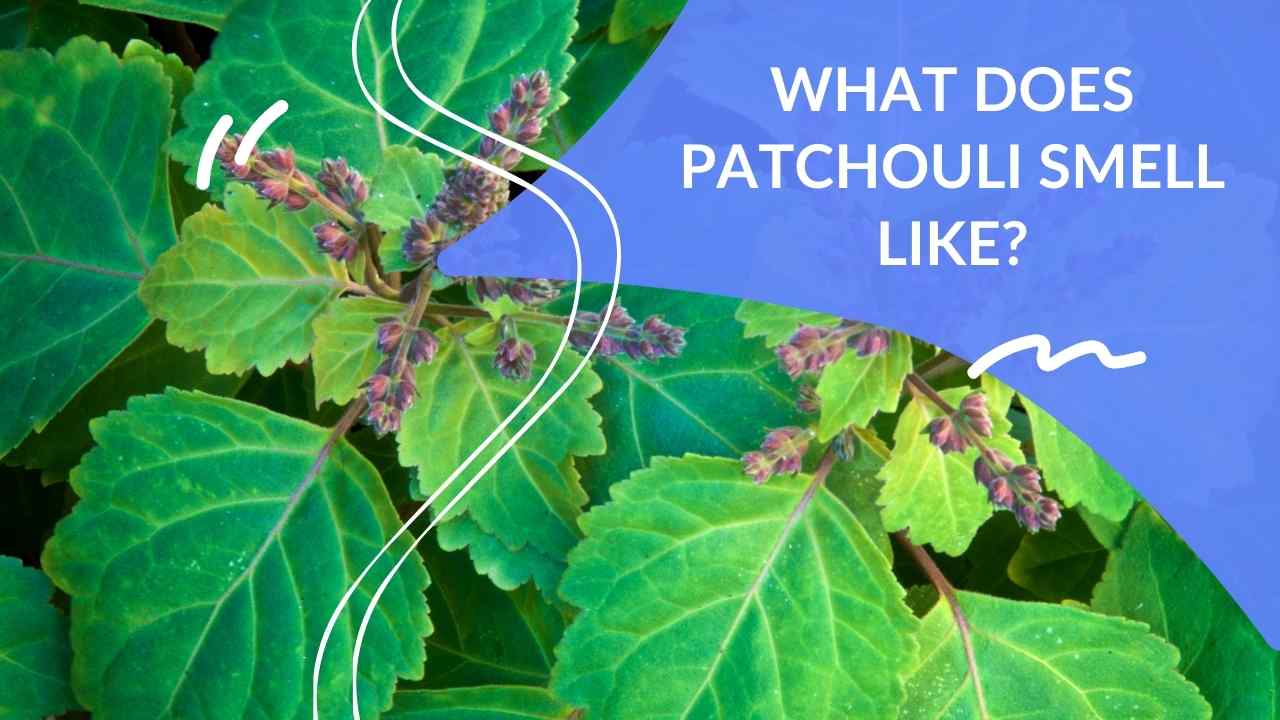 You might often come across Patchouli mentioned as an ingredient on various items that are associated with the sense of smell. Numerous perfumes, incense sticks, aftershave, and candles feature it as an integral ingredient. What sets it apart from a regular flower in its aroma? We are here to explain that.

Patchouli is a flowering plant, which is also a part of the same family of plants that contains names such as mint, lavender, and sage. The small herb bears bushy leaves and small pinkish-white flowers. It is quite a beautiful sight in nature. It is mostly found in warm, tropical climates. Its leaves and twigs can be harvested several times a year. Oil is derived from both fresh as well as dried leaves, depending on the practices used by the people of the particular region.

Patchouli has a peculiar warm, musky fragrance with a slight hint of spiciness. It’s earthy and soothing, not herbal as some might suspect it to be. Its scent is described as a calming influence on the senses. The scent has a harmonizing effect on moods. The aroma is often compared to that of wet earth. The scent is a part of the “chypre” family of warm, woody odors. The oil is extracted from the leaves and stems of the actual plant. It gets only richer in scent as it ages, a rare quality in essential oils.

Patchouli oil has a very strong smell that can easily overpower others and is thus diluted before use. It is also famously mixed with other scents like cedarwood, rose, jasmine, myrrh, sandalwood, citrus, and frankincense. That is the reason why it is often used as a base note in many perfume bottles. Its smell has also been known to reduce anxiety and insomnia.

Traditional European traders likened value to that of gold. Egyptian pharaohs greatly valued patchouli oil. The warm, musky-smelling oil is used as a fixative in many things.

Besides being used for its healing abilities, Patchouli is also used in a lot of industries just for its wonderful smell.

It is used extensively in aromatherapy and massage practices for its relaxing vibes. Besides that, it is used in the production of cosmetics and other scented items like incense sticks, soaps, air fresheners, and candles to lend them a pleasing scent. Patchouli oil is also used in several other products like laundry detergents and as an insect repellant.

But perhaps its most popular and prevalent use is in the world of modern perfumery. Patchouli is an ingredient in many well-known fragrances. It is used in perfumes as well as aftershaves.

If you ever make up your mind to try out the exotic plant and its famed fragrance for yourself or to treat someone else to that experience, here is a list of popular perfumes that would be a great choice for you.

Launched by the well-recognized house of Tom Ford in 2020, Rose Prick is a floral, rosy scent for both men and women. The base notes are Patchouli and Tonka bean, the middle notes are Turkish rose, Bulgarian rose and May rose, while the top notes are Sichuan pepper and turmeric. It is a full-bodied, juicy fragrance wrapped in an equally pretty bottle. Do not be misled by the name, the perfume is anything but girly.

This fragrance was launched in 2018. It is an elegant, woody, earthy scent intended for both men and women. It combines notes of patchouli, bergamot, pink pepper, clary sage fresh jasmine, and violet leaf, along with the added nutty bitterness of cocoa beans. The perfume is an aromatic mix with a beautiful hit of patchouli.

It is an enchanting scent from Chanel’s Le Exclusifs de Chanel, launched in 2020. It is an amber fragrance with base notes of patchouli, sandalwood, musk, and vanilla. The top notes are lemon and bergamot, with labdanum and amber in the middle notes. The perfume is for both men and women and has contrasting notes that are citrusy as well as musky.

This is a woody scent launched in 2021, intended for both men and women. It combines Iso E Super, a synthetic molecule with hints of cedarwood, with notes of patchouli. The result is a warm, cocoon-like aroma. The patchouli notes themselves are clean and void of any other element.

It is a woody, aromatic fragrance launched in 2018, exclusively for men. It has Patchouli, amber wood, labdanum, and Tonka bean. The top notes are sea notes, pear, lemon, grapefruit, bergamot, and apple, and the middle notes feature lavender, geranium, and rosemary. The bottle combines marine scent with the woody notes of patchouli and the like. It also contains slight hints of fruity smells to compliment them.

Made available in 2021 for both men and women, it is an enchanting bottle of perfume. The base notes are patchouli and cedar. Top notes contain grapefruit, while middle notes are composed of vetiver and geranium. The aroma is captivating and intoxicating.

This woody, musky scent for both men and women was launched in 2017. Base notes comprise Patchouli, incense, and vetiver, with cedar, pepper, and pimento in the middle notes. The top notes contain incense, bay leaf, and neroli. It combines bitterness with hints of spicy aromas. The scent is heart-warming and will appeal to everyone.

Patchouli is indeed a top-shelf commodity that possesses an aroma far above that of a regular flower. It is nothing short of a treat to your senses and definitely deserves at least a shot. Thankfully, it is not a very expensive product to come across, so you can grab some for yourself without worrying about someone robbing you blind.