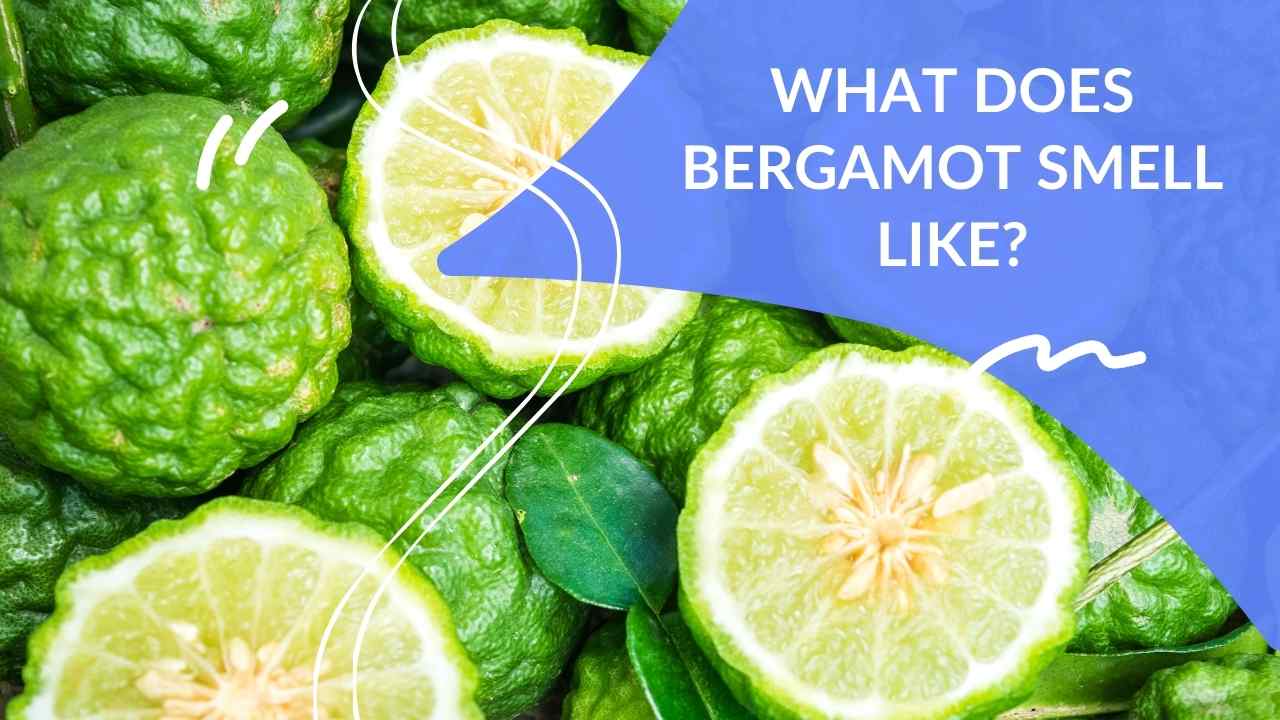 Bergamot essential oil is one of the best-smelling oils in the world. It is extracted from the small white flowers of a citrus plant that grows in Mediterranean countries like Italy, France, Greece, and Spain. It has a very distinctive and powerful smell that is similar to aniseed. It is mostly used in perfumery and cosmetics, but it is also widely used in food flavoring and medicine.

Many associates the smell with expensive perfume and do not know that bergamot is a key ingredient in the making of many popular perfumes. Some describe it as a cross between a lemon and an orange. Others say it has a sweet scent.

Bergamot orange also known as citrus bergamia has a characteristic sweet-yet-tart aroma. It is distinct from other citrus scents as it has a flowery and spicy fragrance to its citrusy strong aroma. And I understand if you are unlikely to have tried a bergamot orange given their acidic flavor unless you grew up with them. However, a common source of its flavor is the famous Earl Grey tea which gets its distinctive flavor from the bergamot.

And while Earl Grey is wildly popular, perfumes and candles are other sources where you may have smelt bergamot. It is one of the most popular citrus aromas that go well with a variety of other scents, including jasmine, rosemary, sandalwood, and others. Bergamot can also be used with other citrus scents such as orange, lemon, lime, and grapefruit to heighten the citrus scent and provide a new dimension to the fragrance profile.

As we have talked about what bergamot smell likes, I think it’s time to know the fruit better.

The bergamot is a citrus fruit that is the size of an orange and has a yellow or green tint comparable to a lime depending on ripeness. However, its skin texture is what makes it distinct from limes apart from its flavor. This citrus orange was discovered to be a possible hybrid of lemon and bitter orange after genetic studies into the ancient roots of contemporary citrus cultivars. Because of their acidic, bitter flesh, bergamots are virtually wholly inedible, unlike most other oranges however, their extracts are used in food, tea, perfumes, and cosmetics.

Where does bergamot originate from?

While one might say Italy; the bergamot orange plant is native to Southeast Asia. However, it is now largely grown in Italy’s southern regions, mostly along the Ionian Sea coast of Calabria. The crop is so vital to the region that the fruit has become the symbol of Reggio di Calabria. The Experimental Station for the Industry of Essential Oils and Citrus Products (SSEA), natively known as the Stazione Sperimentale per le Industrie delle Essenze e dei Derivati dagli Agrumi, is a unique chamber of commerce agency that regulates oil production in Reggio di Calabria.

Argentina, Brazil, Algeria, Ivory Coast, Morocco, Tunisia, Turkey, and Southeast Asia all produce the fruit. However, Italy continues to be the leading producer of bergamot oranges and oil. The manufacture of bergamot essential oil is regulated in Italy to assure the finest quality product as substitutes from Brazil and Mexico entered the market during World War II. And instead of the genuine bergamot orange, these imitations were produced from other citrus fruits, such as sweet lime.

What are some of the benefits of bergamot?

Like other essential oils, bergamot has become a popular essential oil in recent years. Many people use bergamot to help themselves with a range of conditions through further research is needed in that area. Some of the common health benefits are:

This is one of the best-smelling oils in the world and it has potent health benefits. It is mostly used in cosmetics and perfumery but it is also widely used in food flavoring and medicine. This powerful aroma has a very positive effect on people who are stressed out, as it helps them to unwind and relax. It has a sedative effect and combats depression. This oil has been used for centuries in many different cultures to treat a wide variety of health conditions and emotional problems. It has been used to promote good health, fight stress, ease anxiety and tension. It has also been used as a digestive aid, to freshen the breath, and as an insect repellent.