are you in search of the sunglasses brands not owned by Luxottica? you are at the right place then!

Every sunglass lover adores their collection of Luxottica sunglasses whether it is Ray-Ban or Persol sunglasses along with the collaborations with the big brands like Burberry and Ralph Lauren.

There are numerous other sunglasses brands and independent ones as well which will definitely turn out to be worthwhile for giving them a shot and discovering new things that come along with these new sunglasses not owned by Luxottica which you were not used to before.

Established in 2006, Andy Wolf rose to prominence as a sunglass brand that combines and infuses traditional handcraft along with modern innovations and designs.

This brand is dominated by acetate frames and metal frames with most of the collections having a heavy influence on both.

The acetate frames are exported from Austria while the metal frames come from France.

Andy Wolf claims to strongly endorse recycling and natural products because of which their metal frames are partly recycled and the acetate is also derived from raw materials.

They currently ship and sell sunglasses across 69 countries and will continue to expand even more with time.

The founders of Randolph were from the background of engineering and wanted to create an eyewear brand with all the skills they had garnered over the years related to technology.

Randolph represents itself as the ‘American Dream’ as both the founders of Randolph were immigrants, coming to America with the passion of engineering an eyewear brand which they successfully did.

Randolph is famous for providing Aviator sunglasses to the U.S. military for more than 40 years now for the use of fighter pilots!

Randolph ships their sunglasses internationally and anyone can make a purchase through the website to get their hands on the famous aviators from Randolph.

Probably one of the oldest sunglass brands with over 100 years in business, Moscot is one such sunglass brand not owned by Luxottica which is quite legendary and reputed in its own lane.

With its roots in New York City, Moscot has a website that ships the sunglasses internationally to almost the majority of countries.

Moscot sunglasses are one of the most expensive sunglasses in the market and the reason behind it could be the legacy carried forward by four generations with so much experience and collections over decades.

Warby Parker was established by a college student unable to afford glasses because of the highly expensive price.

Thus, it encouraged him to create an eyewear brand that can be affordable to every individual out there.

Warby Parker is one of the sunglass brands not owned by Luxottica, famous for its affordable price and trendy collections.

A major benefit of this brand is the home fitting service provided by them which makes the work of the customer much easier while sitting at home.

A lot of customers prefer trying out Warby Parker sunglasses from the space of home rather than risking the purchase and fitting from some other online sunglass brand.

Zenni Optical was founded in the city of San Francisco with the objective of providing affordable sunglasses to the locals while also providing top-notch styles and designs with no compromise.

This is the very reason that Zenni Optical is one of the rare brands that gives you fashionable sunglass frames at very reasonable prices.

It takes inspiration from the fusion of modern and retro aesthetics to create designs that are reflective of both time spans at the same time.

Quay is one of the sunglass brands not owned by Luxottica that screams Pop Culture.

Right from its website to the collection of sunglasses, everything has vibrant colors, quirky prints, taglines about being “boss babe” highlighted in pink.

The price range is also quite affordable and it is more popular among teenagers and the women’s collection.

Established in the city of Melbourne, Australia it gives off the perfect vibes of modern pop culture, the spirit of a carefree, confident female ruling the world.

Founded in 2009 in the city of San Diego, it represents the skatewear culture and the vibrant summer vibes to the best of its ability.

All the sunglass collections are about immense vibes of having a good time, enjoying your stay, and being the life of the party.

It is quite a hit among the youth and is a frequent choice to shop for since it has a website that also allows international shipping of the collection of sunglasses to different countries.

With roots in the city of Italy, this brand produces quite a modern and contemporary range of sunglasses matching and keeping up with the trends of the latest season in mind.

Retrosuperfuture has both frames in the material of metal and acetate as well. They believe in minimalism which would explain why their stocks are limited and keep their inventories quite clean and fresh with almost no restocking once the minimal amount of collection has been sold out for the reason.

Perhaps, it would be a good idea to get your hands on their collection right at the start of the season instead of waiting for later.

Safilo is one of the sunglass brands not owned by Luxottica that not only has its roots in Italy since 1934 but has a heavy influence in the making, character, and soul of the sunglasses.

Safilo follows the authentic and traditional craftsmanship that Italy is famous for decades and adheres to the rules born and followed in the city regarding the making of the sunglasses.

It has a strong influence on the art, culture, and aesthetics of Italy in its designs, color palette, and shape.

Safilo has a reputation for using higher quality materials while manufacturing sunglasses when compared to other sunglass brands which could be another reason for its growing success.

Marchon was established in the city of Italy in the year 1983 and proved to be one of the most diverse sunglass brands out there.

It currently has three headquarters in the respective cities of New York, Amsterdam, and Hong Kong.

Their sunglasses are designed in New York and Italy.

They provide a sophisticated and classy range of sunglasses often used by working bodies and professionals for work purposes because of how elegant they look.

If you wore their sunglasses to a casual lunch it would probably appear too formal and should be saved for serious work meetings.

These were some of the best sunglasses brands not owned by the Luxottica group.

All of these have their own unique style and all of them make high-quality sunglasses that are definitely worth checking out. 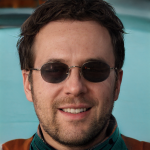