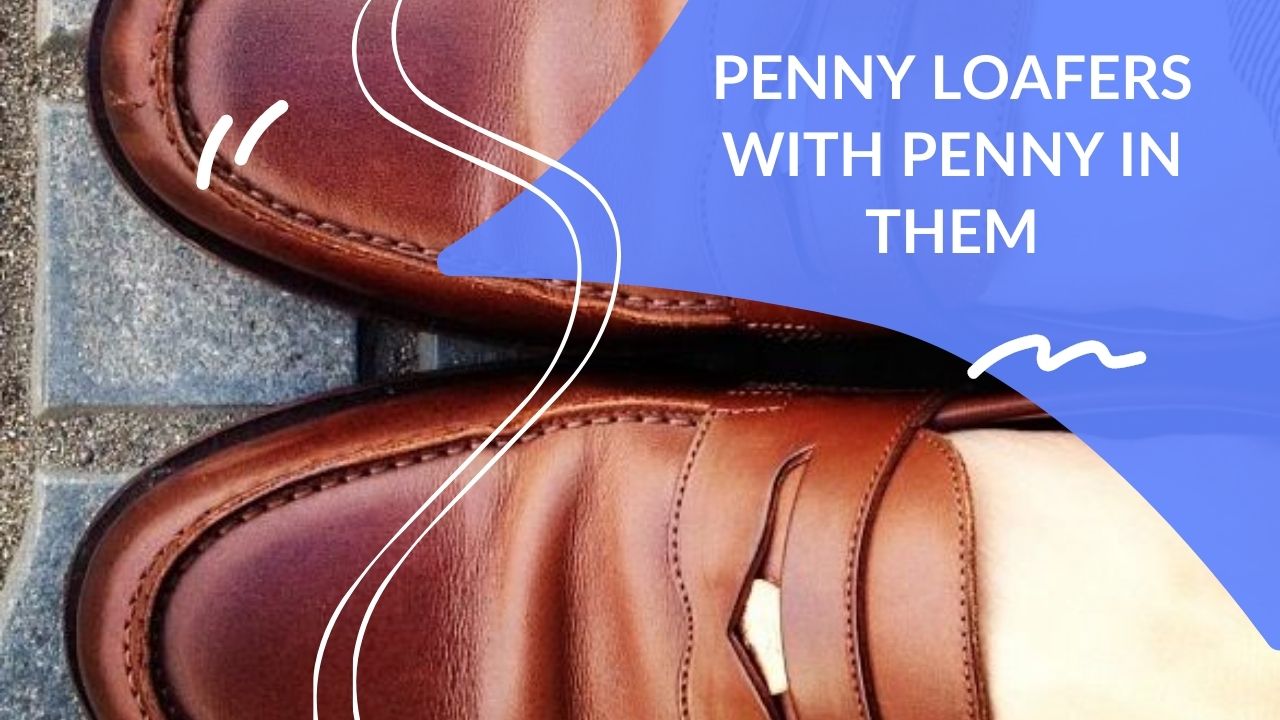 Penny loafers are the classic low slip-on shoes with moccasin style and they can be distinguished from other loafers by their horizontal strap that runs on the instep.

They are one of the most popular shoes among men and they are probably the most versatile shoes a man can own.

They are easy to style and works with almost everything.

Penny loafers get their name from a small strap on them that only has enough space to hold a single penny. Back in the day, a phone call used to cost 2 cents and there was space for only two pennies in your loafers where you can keep 2 pennies for an emergency phone call.

A lot of people get confused because of the name and they have many questions about it.

In this article, we will tell if you should put a penny in penny loafers and will solve all your doubts around it.

Should you put a penny in penny loafers?

You can put a penny in penny loafers but it doesn’t serve any useful purpose these days as we have our smartphones with us all the time. You can put a grungy old penny in your loafers for a nice look but if you put a shiny penny then that might distract from the loafers’ design.

The penny would barely be visible out of the slot so doesn’t really make much of a difference in terms of look and most people won’t even notice it there.

It could add a small nice touch to your loafers and your outfit but it is a very small thing and it’s not enough to make or break any outfit.

Why do they put pennies in penny loafers?

Back in the day, it used to cost 2 cents to make a phone call so they decided to put a slot in loafers where you can put two pennies so that you can use them for making an emergency phone call if required.

That is how the practice of putting coins in penny loafers started and it continued for years and some people continued putting pennies in their loafers even after the mobile phones were introduced.

What is the story behind penny loafers?

Penny loafers get their name from the fact that they have a small slot on them where they can put in a penny.

There are many different stories behind why people started putting a penny in their loafers and there is no real proof for any of them but the most plausible reason and the story that most people believe to be true is that people started putting in 2 pennies in loafers to be able to make an emergency phone call.

Back in the 1930s, a phone call used to cost 2 cents, so the logic behind creating a slot in loafers was to give space for keeping two pennies which you can use for making an emergency phone call if required.

The other common reasoning behind this practice is that the slot was made only for aesthetic purposes but penny used to fit perfectly in it so people started doing that and eventually it caught up and became really popular.

No one really knows the exact story behind penny loafers but the telephone story is the most acceptable and plausible.

penny loafers got their name from the fact that they have a small slot over instep where people put pennies. The story behind its name is that people used to put two pennies in the loafers to be able to use them for making an emergency phone call if required.